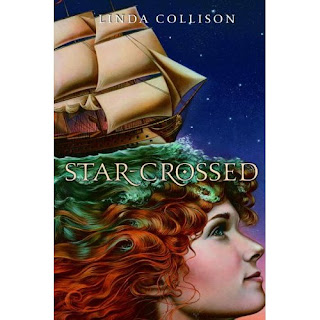 I came aboard with the prostitutes the night before the ship set sail. It was a rash scheme, but I was a brash girl with nothing to my name but a promise.

Half of Eruope was at war, but the grappling among kings held little interest for me. Though the conflicts were far-flung across the globe, my troubles were of a much more personal nature. My fear was not that England might lose her place in the world, but that I might lose mine...

Patricia Kelley has been raised a proper British lady--but she's become a stowaway. Her father is dead, and her future in peril. To claim the estate that is rightfully hers, she must travel across the seas to Barbados, hidden in the belly of merchant ship.

It is a daring escapade, and the plan works--for a time. But before she knows it, Patricia's secret is revealed, and she is torn between two worlds. During the day, she wears petticoats, inhabits the dignified realm of ship's officers, and trains as a surgeon's mate with the gentle Aeneas MacPherson; at night she dons pants and climbs the rigging in the rough company of sailors. And it is there, alongside boson's mate Brian Dalton, that she feels stunningly alive ..................
________________________________


Linda Collison has been a nurse, a professional skydiving instructor, a certified scuba diver, and a volunteer firefighter – and is an avid sailor. Together with her husband, Bob Russell, she has sailed thousands of miles aboard Topaz their 36-foot sloop, whose home port is Hawai’i. They also served three weeks as crew aboard Endeavour, a replica of Captain James Cook’s eighteenth-century ship – and it was during the crossing from Vancouver to Hawaii that the idea for this story was born.

Linda has published articles, essays, short fiction, and guidebooks. She was awarded the grand prize at the 1996 Maui Writers Conference. Star-Crossed is her first novel.

Please check out the authors website: www.lindacollison.com
Posted by Chicks of Characterization at 6:12 PM

In case you're wondering, there is a Scottish connection with Star-Crossed. Contact me on my website if you know what or who it is. The first person who writes me with the correct answer will receive a signed copy of Star-Crossed...