New Release! The Witch and the Wolf ... 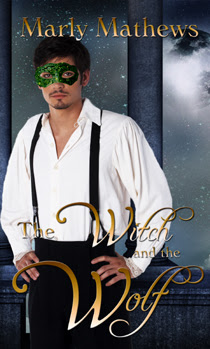 He's a spy for the British Crown…she's a woman desperate for revenge—together their love will save the British Empire and make them both believe in second chances. .

The Witch is Lady Arabella De Maurier. She's a woman with French, Scots, and English blood running through her veins. Her entire world was shattered in an instant when she was a child. French Revolutionaries took her mother and father away. Now, she's determined to claim her revenge against the ones that murdered her parents.

The Wolf is Lord Christopher Andrews. He's a spy for the English Crown. But when he's sent to retrieve the most valuable woman in all of France, he soon finds out he's met his match.

The Witch and The Wolf soon find they share an unbridled passion, but will they be able to conquer the dangerous foe that threatens England and live to see another day?

Go to New Concepts publishing to get your copy today~