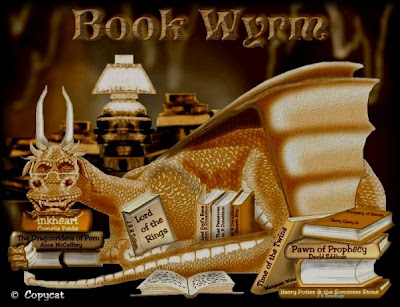 Hello Andrea my name is Dee Owens and I am contacting you on behalf of Sheryl Brennan. She has an interview on October 25th and she wanted me to follow up with you about Posting the Book on your blog and having a date worked out for it. I would also like to discuss having the video showcased on your site. If you could contact me at pr_marketing@deeowens.com

Thank you for your time.

Hi Andrea, WOW, What a couple a weeks!!! My sister was bitten by her cat on her thumb really bad, compared to you not as bad when I think back to it. It swelled up really big and she couldn't bend it hardly. Even now years later she still can't bend it like the other one. I can imagine you are having a lot of pain, I hope you have a full recovery.
Sadly now it doesn't matter where you live violence or tradgedy is too close. I'm happy to hear your family was not harmed.

I'm reading Stop Me by Brenda Novak. I'm waiting for Bertrice Small's next historical. I read The Dangerous Days of Daniel X by James Patterson in a day and half. It was a quick different kind of story. Daniel is an amazing teenager who takes out creepy aliens on earth. Retuen to Summerhouse by Jude Deveraux was really good. It showed a lot about how a household was run back in the 1800s I believe. It was an interesting story with the modern women going back and how they dealt with it and along the way there lives changing.

I am annoyed about DWTS too, with people voting to keep Cloris there when others should have stayed. It's the judges fault too voting so high for her, I was shocked when Carrie Ann gave her a 6!!! When she actually did her best they gave her lower marks complaining she should be funnier, give me a break! Amazing Race is my favorite Reality show, I knew the hippies or the southern bells would be last and they were. It's too early for me to pick my favorites but I know that I don't like the frat boys and the couple with the cheating husband is bugging me. I knew she would be nagging him but come on already. If shes not nagging she's complaining. A few new shows that I love are Fringe and The Mentalist. The guy on The Mentalist is Hot!
Thanks for the update Andrea and I hope you are having a lot less pain. take care.

Hi Andrea,
you live a dangerous life! I'm happy you and your family are alright. You never know... Here in Finland some weeks ago a young boy went to a school and killed 10 peoples and himself, and not a year ago another boy shot 8 people. I always thought we live in a peaceful country...

Amazing Race is one of my favorites, I hope we don't watch the same season.... We are only in the beginning....I don't want to know who wins!

I've only read some of Karen Ranney's books in The Highland Lords series, will look for this book! Is it a new one?