The SPOTLIGHT is on, Hywela Lyn 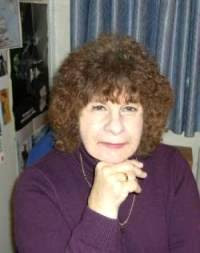 Hywela Lyn has lived most of her life in Wales and the beautiful countryside and legends inspired her to write. Although she now lives in England she is very proud of her Welsh heritage and background. She enjoys weaving romantic tales of the future, and distant, mysterious worlds. Her pen name is a combination of her first two names.' Hywela is Welsh and her first name but it was never used and she has always been called by her second Christian name, Lyn. One thing remains constant in her writing: The power of love. Love, not only between her hero and heroine, but between friends and siblings, and for their particular world and the creatures that share it. She is crazy about all animals, especially horses. She lives with her long suffering husband, Dave, and has two horses, two feral cats and an adopted Jack Russell terrier. Hywela Lyn’s first novel, 'Starquest', a futuristic romance was released by The Wild Rose Press in 2008 in print and electronically, and is available from Amazon and the Publisher’s and Author’s website. The sequel to ‘Starquest’, 'Children of the Mist' was published by the same publisher in June 2009 and her novella about the Greek Muse, Terpsichore, ‘Dancing With Fate’ is available now as an individual E-book from the Publisher, or one of three stories in Book II of the anthology ‘Song Of The muses’ on Amazon.
What people are saying about Hywela Lyn and 'Children of the Mist'-
The Long and Short Of It Reviews (Five Star Plus Best Book Review)
"This book is wonderful! There are few books that hold my interest to the point where I can't bear to put it down, but Children of the Mist is most certainly at the top of this list. The attraction between Tamarith and Vidarh is beautifully written. The involvement of telepathy would appear to make it easier for them to share their feelings, but this isn't the case. If anything telepathy makes it harder as they hide their minds from one another. This puts their lives in danger more than once......Well done Hywela Lyn. I haven't read the first book in this series, but you can be sure I'm going to buy it as soon as I can. This is the type of book I love to read."

You Gotta Read Reviews 'You Need To Read' (Equivalent to Four Star Review)
"The story is fast paced and filled with interesting action: travelling some beautiful but difficult terrains, facing a deadly virus, and battling evil alien slavers. The psychic powers add an exciting dimension and are an integral part of the plot and romance. The story jumps into action from the very beginning and keeps you engaged to the end...
... Although this book stands well on its own I definitely want to read Starquest now too! I encourage you to pick up the series for exciting and enjoyable reading."
http://yougottareadreviews.blogspot.com/search/label/Hwyela%20Lyn
Reviewed by: MarthaE

Writers And Readers Of Distinctive Fiction Reviews (Black Seal)
" Chock full of suspense and well-developed characters, Children of the Mist is exciting and well-written. There are a lot of characters to root for, and a lot of twists and turns as Virdah and Tamarith discover their feelings, and try to save each other in this edge of your seat suspenseful romance."
http://blog.lyndacoker.net/2009/09/09/wrdf-review-of-children-of-the-mist-by-hywela-lyn.aspx
Reviewed by Holli Herrle
Classic Romance Revival (Five wings)
"Packed with excitement, adventure and cliff-hangers, Children of the Mist also has moments of profound tenderness and beauty, with stunning description of snow, ice-cats, glaciers and mountains. Telepathy features strongly through the novel and I was touched by the way Vidarh and Tamarith fell in love with, and also rescued each other, via telepathy." http://www.classicromancerevival.com/blog/?cat=http://www.classicromancerevival.com/blog/?cat=281
Reviewed by Lindsay Townsend

Purchasing info for Children of the Mist.
http://www.thewildrosepress.com/children-of-the-mist-p-1280.html
Visit Hywela Lyn on the web-
http://www.hywelalyn.co.uk/
Posted by Chicks of Characterization at 8:42 AM

Hi, Lyn! I started reading COTM! I got sidetracked but it's still in the car for those hours I while away while waiting for my child to finish an art lesson! It's fabulous.

Hello Lyn! You know I read COTM and Starquest and loved them both! There are simply no words to describe your imagination other than it leaves me speechless!
Sharon

Thanks so much dear sister muse! I do know how easy it is to get sidetracked and try to find time for reading LOL! Thank you so much for your kind comment,

Aw Sharon, thank you my sweet friend, you are so kind and upportive!

Hi Lyn, what an interesting background. I grew up around horses, so I relate to your love of horses. Wanted to pop in and say hi, and wish you many happy sales. Doralynn

I haven't read your books, but after your interview I will definately get them. Children of The Mist sounds really good!

Way to go, Lyn! Just dropping in to say a quick 'Hi' as I try to get back into the swing of things.

I am a diehard fan of Lyn's, and am eagerly awaiting the third of this series! :) StarQuest 1 & 2 is a beautiful, incredible tale of love and adventure in an absolutely fantastic locale -- other worlds! Wow! Lyn is a masterpiece at thrusting the reader into her worlds. She rates alongside J.R.R. Tolkien (for the descriptive imagery), and Robert Heinlein for the believable sci-fi.

My hat is off to this talented lady.

Hi Lyn! Wow! Those are fabulous reviews...congrats and I hope they keep coming...

Thanks so much Patsy,so glad you enjoyed the interview and I hope you enjoy my books if you do read them.

Thank you for dropping by Amma Lai, I appreciate it, and I hope you're enjoying being a new mum!

I'm blushing - not sure that I can really be put in the same company as Heinlein and Tolkein, but I sure appreciate the lovely compliment.

Hi Debra, thanks so much for calling by and for your kind comments.