The SPOTLIGHT is on, Renee Wildes ... 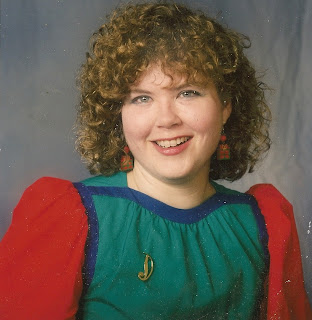 Renee Wildes grew up reading fantasy authors Terry Brooks and Mercedes Lackey and is a huge Joseph Campbell fan, so the minute she discovered romance novels it became inevitable that she would combine it all and write fantasy romance. Renee is a history buff, from medieval times back to ancient Greece and Sparta. As a Navy brat and a cop’s kid, she gravitated to protector/guardian heroes and heroines. She’s had horses her whole life, so became the only vet tech in a family of nurses. It all comes together in her stories – fantasy, action, romance, heroics and lots of critters!
See what people are saying about Renee ...
Reader Comments
-Reviewer- Pretty Eyes- **** Stars
~Lycan Tides~
This fantasy ebook is a great read for fans of shapeshifters. Single mom and selkie Finora rescues werewolf Trystan from the sea. The two fall for one another, but Finora's previous fiance comes to claim her. The resulting conflict is both sexy and deadly.
-Reviewer- Madkatter - ***** Stars
~Duality~
Blurb sounded good, so I bought it book is even better than I hoped! Classic good vs evil, but very well done, well written, great characters (likable & neither perfect nor too stupid to live), interesting plot with plenty of twists and turns. Warning: given the whole light vs dark nature of the plot, the dark bits are quite dark--gives the book some of it's strength, but can be hard to read... Pretty much devoured it, and now waiting impatiently for the next in the series.
Please visit Renee on the web- www.reneewildes.net
Posted by Chicks of Characterization at 8:44 AM

Congrats on your latest and greatest! BTW, I like the look of your website~~quite unique, but then I'm partial to dragons. Here's hoping for lots of sales!

Thanks Lisa! I'm hoping Cheyenne and Marek do well - thinking of bringing them back in a couple of sequels, one featuring her brother Brady and another featuring her boss Kane.

Website was designed by Jo Dartlon at Dartlon Designs - she ROCKS!

Your writing sounds wonderfully imaginative, Renee. Best of luck with the new release!

Thanks, Pat! Really enjoyed getting environmental - perfect for the characters involved.