"A WARRIOR FOR CHRISTMAS!"

My colonial American historical romance, A Warrior for Christmas, is one of six American historical romances contributed by various Wild Rose Press authors in An American Rose Christmas anthology.
Blurb for A Warrior for Christmas:
Reclaimed by his wealthy uncle, former Shawnee captive Corwin Whitfield finds life with his adopted people at an end and reluctantly enters the social world of 1764. His one aim is to run back to the colonial frontier at his first opportunity––until he meets Uncle Randolph’s ward, Dimity Scott.
***Note, Dimity is deaf, although she can read lips.
December 1764
An estate outside Philadelphia 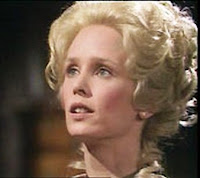 Christmas Eve, at last, and Dimity thought Whitfield Place had never seemed more welcoming. Every candle holder and sconce glowed; the blazing hearths radiated orange-gold light. Fresh boughs, pine cones and red berries lined the mantles. Sprigs of holly decorated the windows. Garlands hung
above the doorways and wound down the banister of the stairs. Vases of magnolia and laurel stood on every available surface. The very air was fragrant with greenery.
“You’ll have us carting in whole trees next thing we know,” Mister Whitfield had teased her.
Dimity would’ve done, if she could, anything to further draw Corwin to the old house. Perhaps if he experienced Whitfield at its best he might truly want to stay on. Christmas was a glad, charitable time. Who could say what wondrous occurrences might unfold on this hallowed eve?
Even better than the sights were the savory scents wafting through Whitfield. Her mouth watered as she stood in the drawing room between Corwin and her guardian to greet their guests. She slid her eyes at the young man who looked particularly handsome in a new burgundy coat, laceedged cravat, and breeches made of the finest wool. She admired the fit, and the boots he’d insisted on wearing.
Dimity’s cerulean blue gown, cut away in front to reveal a flowered petticoat and beribboned stomacher, complimented his attire nicely. She hoped she did as well.
A footman served hot toddies to the guests to warm them after their chilly coach ride. Smiling figures lifted silver cups with white gloved fingers to enjoy the spiced butter rum. The elegant room swelled with the merry assembly, fast growing merrier. Servants had laid the ladies’ cloaks across
the bed in the guest chamber. Men’s hats and heavy outer coats were stored in another chamber and the guests refreshed themselves before appearing in the drawing room.
Geoffrey Owen arrived with his sister and Mister Johnson. A forest green coat and breeches had replaced the attorney’s somber wardrobe. Hortense was even more embellished with lace than usual and her hair powdered. Her berry-red lips never ceased to move as they approached. Geoffrey swept a bow to his hosts. “Mister Whitfield, Miss Scott, Mister Corwin Whitfield.”
Corwin tensed beside Dimity. “Sir,” he said, and bowed. 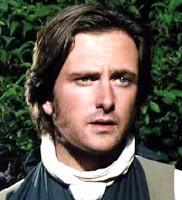 Her guardian did the same. Dimity curtsied to each one, murmuring their name in words she could not hear.
Mister Johnson beamed upon them. “Whitfield has never been more magnificent, nor you, my dear Miss Scott.”
“Indeed,” Geoffrey added, appraising her with a gleam in his brown eyes.
“I’m enraptured, Miss Scott!” Hortense’s mouth opened as wide as the Schuylkill River with each over-enunciated word. “Everyone’s come!”
Every household among their neighbors was represented from the elderly to young adults only recently introduced to formal society. Children did not attend social functions, though Dimity wished they did; she loved their exuberance. Mistress Stokes appeared in the doorway and signaled to her guardian. He gave a nod and announced, “Ladies and gentlemen, shall we proceed to the dining room?”
The crowd of people paused with a sense of anticipation. Whitfield Place was renowned for its banquets and her guardian the wealthiest landowner among them. Geoffrey Owen extended his arm to Dimity. “Please allow me to escort the fairest lady present.”
Corwin bristled like an affronted dog. How could she politely extricate herself from Geoffrey?~ 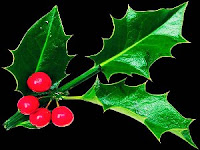 Visit Beth on the web- http://www.bethtrissel.com/index.html
Posted by Chicks of Characterization at 12:10 AM