I actually read quite a few books in June! These books are not necessarily new releases, just books that caught my interest, and I chose to read for pleasure. The opinions of whether they should be read or not are entirely mine.

"Someone's going to call your bluff someday, Venetia -- you'd better hope it's not a handsome man."-- Mrs. Charlotte Harris, headmistress
Lady Venetia Campbell's visit to her childhood home in Scotland takes a dramatic turn when she's kidnapped at pistol point by her father's sworn enemy. Sir Lachlan Ross is widely feared in his guise as The Scottish Scourge, but Venetia remembers her former neighbor as a handsome youth whose attentions she craved. Now a wickedly sexy man, Lachlan's appeal is even more intoxicating...and much more dangerous. Though Lachlan tries to treat her as his foe, his scorching kisses tell another story. And despite his plan to use her as a weapon against her father, Venetia is determined that Lachlan's lust for revenge will be trumped by an even more powerful desire....
Sabrina Jeffries
Buy new: $5.99
*****HIGHLY RECOMMENDED*****

Highland Scandal
On the run from the wrathful Prince of Wales, Jack Haines, Earl of Lambourne, is taken prisoner by a Highland laird who makes him an unusual offer: if Jack handfasts his niece, then his life will be spared. The old Highland custom — a marriage lasting only a year and a day, unless both partners agree to make it a lifelong vow — sounds preferable to Jack to being dragged to London in chains, and when he meets lovely Lizzie Beal, his dilemma starts to seem positively enjoyable. Until the hellion vents her fury...on him!
Detesting the scandalous match that will end all her chances of making a respectable marriage, Lizzie can't abide living intimately with a fugitive nobleman bent on seducing her and then running off. But in teaching her the pleasures of a wife's duties, Jack sparks within them both a passion that will make him wish he could stay with Lizzie for much longer than a year and a day.
Julia London
Buy new: $7.99

My Lady Captor
Lady Sorcha Hay is devastated to learn that English soldiers are holding her young brother captive. Penniless, the only way she can pay for his freedom is by taking a hostage for ransom herself. Her captive - a wounded knight plucked from the battlefield - is furious to be imprisoned by a woman. But nothing will stop Sorcha from keeping Sir Ruari Kerr enslaved, even as the sight of his bronzed body sets her mind reeling and her senses afire...With her dark mane and soft curves, Sorcha is everything Ruari has ever desired in a woman. As she tends to his wounds, Ruari fights the intense attraction that ignites at her very touch. But he can't afford to lose his heart to his tempting captor. For when he's finally rescued by his men, Sorcha will pay dearly for her treachery - and loving her could put both their lives in peril...
Hannah Howell
Buy new: $6.99

****This is not my favorite book by Hannah Howell, and I'm a huge, huge fan of hers. Its not by an stretch of the imagination the worst either. The book started off strong with a wonderful hook, but then it seemed to slow through the middle. I would still recommend it to those Hannah Howell's fans out there, its just not MY favorite by her!*** 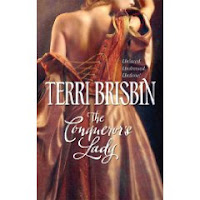 Strong, ruthless, brave and honorable, Giles Fitzhenry is a born warrior who has never been able to shake off the shame of his illegitimate birth.

To save her people and lands, the lady Fayth is forced to marry this powerful Breton knight. She yearns to be rid of her unwelcome husband, although a deep desire stirs each time she looks into his piercing gaze.

Now Giles has conquered all, but the ultimate battle will be for his new lady's love—and her utter surrender!

Beautiful Belle Flambeau relishes her independence even as she dreams of a family of her own. When a vicious attack leaves her with an ugly scar, Belle retreats from society, her hopes of love and courtship dashed. Yet the darkly handsome, wounded stranger who seeks shelter on her property seems intent on proving otherwise, beginning a seduction that is slow, delicious, and utterly scandalous...Prince Mikhail Kazanov wants - nay, needs - a loving, nurturing wife, not one of the shallow, empty-headed fortune hunters vying for his attentions. Drawn to Belle, Mikhail uses subterfuge to woo her. But though their heated attraction explodes into sensual bliss, the truth drives Belle away - and into danger's path. Now, as an enemy makes his violent intentions known, Mikhail must find a way to win Belle's trust again. For with their love - and her life - at stake, he cannot afford to fail...

THE MORE I SEE YOU

A wish upon a star transports the luckless-in-love Jessica Blakely back in time to the thriteenth century. But her desire for a fair and gallant knight yeilds the fearsome Richard De Galtres. Though wary of Jessica's mysterious ways, Richard protectively harbors her in his castle by the sea. Though her stubborn will nearly drives him mad, the very sight of her puts a smile in aface that has known too few. And when Jessica's tender desire pierces the armor around his heart, Richard fears he may never be able to recover - or resist ...

****RECOMMENDED****
Posted by Chicks of Characterization at 6:03 PM

Labels: Beware a Scot's Revenge, Highland Scandal, My Lady Captor, Tempting the Prince, The Conqueror's Lady, The More I see you