Let's get up close and personal with Debut Author Kristy Denice Brock! 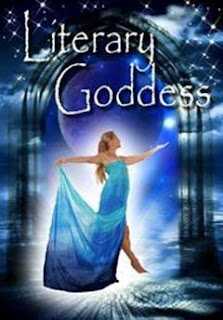 In the summer months of 1979…. Hahaha yeah so not getting into all that! I’m defined by the hats I wear. At the moment I’m wearing my promotion hat, it’s ill-fitting and like a pair of good shoes, it needs broken in. At any given moment I can have my mom hat on… I’m the sole parent of four insane children with marginal self-control ability, and the owner of one rat named Templeton, two fish named Thing one and Thing two, another fish named Red Fish (even though he’s silver) and Blue Fish… he’s actually blue! We seem to collect rodents in this house, I’m not sure why… we had a Ralph S. Mouse, but sadly he went in search of that big cheese in the sky. Stuart Little ate through his cage and joined his woodland friends in the fields of North Carolina!

When I turned fourteen my parents bought me a typewriter for my birthday. It was the coolest thing I ever owned. It had correctional tape!!!! No white out needed! I carried that thing with me for as long as I possibly could and had many great adventures that involved dashing heroes and quick-witted females who managed to find themselves in predicaments that only the hero could save them from. I also wrote ridiculously bad poetry chalk full of teen angst and sweeping parental unit sucker punches.

Fast forward… um… well a whole lotta years because I decided to see if I was any better at raising kids than I was at poetry (the jury is still out). Then I entered a contest that eharlequin had a few years ago. They sent me the absolute neatest airmail letter that said something like ‘You didn’t win, but keep writing and send me something.’ I didn’t know at the time that the letter probably should have been immediately responded with some wonderful story I concocted. I just thought it was cool to get an airmail! I set out to write a story for harlequin, and I did, but the rejected me… twice lol. Then I decided to actually take some time to learn how to write. Oh my… I had no idea what I was getting into. Lions, Tigers and bears have nothing on grammar, showing, telling and comma placement!!

I wrote Divine Touch after years of role-playing from video games online. I took the concepts I learned there (which is why… if you’ve read the book you’ll see that I use far more dialogue than is considered the norm because I like verbal interactions!) and created a cast of characters that I knew would have Divine stories to tell. I hope you enjoy the cast of Divine Touch as much as I do.

I’m currently working on a book about angels and demons. More specifically the daughter of an archangel and a demon with poison tipped fingernails! I can’t wait to see where that story takes me, but nothing will ever replace the pleasure I felt the day Divine Touch came alive.

Happy Reading ~ Kristy Denice Bock
Visit Kristy on the web- www.kristybock.com
Posted by Chicks of Characterization at 8:29 AM

Nice to meet you today, Kristy. Your life sounds exciting and full of fun. Will definitely have to check out your story! :)

Thank you so much Paisley! I hope you enjoy it!

I can already tell by your post that I like your writing style. Your story sounds fabulous, Kristy! Will be putting it on my TBR list for sure. :)

Thank you Sky! I hope you enjoy it!!