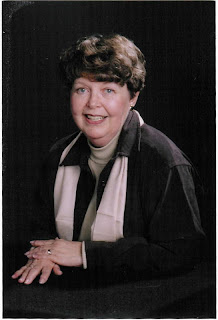 Carolyn Poling Schriber received her PhD in History from the University of Colorado, where she worked in two very different fields: medieval Europe and 19th-century America. She enjoyed a career as a tenured professor at Rhodes College, specializing in medieval history and publishing extensively on relationships between Anglo-Norman bishops and kings in the twelfth century.
She also served as Editor-in-Chief of the Online Reference Book for Medieval Studies (ORB), an early and extremely successful approach to harnessing the resources of the internet to facilitate historical research.
After she retired with Professor Emerita status, she turned her attention to her second love, the history of America's Civil War.
In 2007, Dr. Schriber published an ambitious study of the Battle of Secessionville, the first re-examination of the impact of that battle in over a decade. The book offers a fresh perspective and a valuable new approach to some of the issues concerning the American Civil War.
After extensive research, she successfully blended the personal stories of two opposing soldiers with a detailed account of the battle. With a clear and engaging writing style, A Scratch with the Rebels illuminates the depth and diversity of perspectives from both sides of the conflict. It is an absorbing history for Civil War buffs and historians, as well as a general audience.
Now she has written a historical novel that covers the same period. Beyond All Price tells the story of Nellie M. Chase, who served as matron and nurse in the Roundhead Regiment from Pennsylvania.
Nellie fought her own series of wars, against an abusive husband, against a vengeful Presbyterian minister, against nineteenth-century attitudes toward women who lacked the protection of family status, and ultimately, against a foe more lethal than war itself.

Buy BEYOND ALL PRICE - ORDER YOUR COPY NOW
*Contest*
Carolyn will be giving away a copy of A SCRATCH WITH THE REBELS to one lucky commenter! A winner will be picked at random once the SPOTLIGHT is over! So don't forget to leave a comment!!!
Posted by Chicks of Characterization at 10:22 PM

Labels: A scratch with the Rebels, Beyond all Price, Carolyn Schriber

Enjoyed having Dr Schriber as a professor at Rhodes and look forward to reading her new book!

HI CAROLYN,YOU ARE NEW TO ME. I MUST GET OUT OF MY CAGE MORE AND I HOPE I CAN TALK SCROOGE INTO LETTING ME USE THE DEBIT CARD! LOL

Hi Carolyn, I love history both here in the USA and abroad. I can't wait to hear more about your book :)

@Lynn you were sooo lucky!!!

Medieval Europe and 19'th century America...two of my favorite subjects! Your book is definitely going on my TBR list.

This looks like a very good historical read. I think this is a must read!!!

scratch with rebels Carolyn? oh my!

Hi Brandy and Carolyn! Thanks for the interesting interview. I love getting familiar with authors new to me. The civil war era is an intriguing period to read and learn about.

I can't wait to hear more about your book