Today's Feature- A BAND OF ROSES by Pat McDermott #Romance

Irish kings still rule the Emerald Isle—and a princess is in trouble . . . 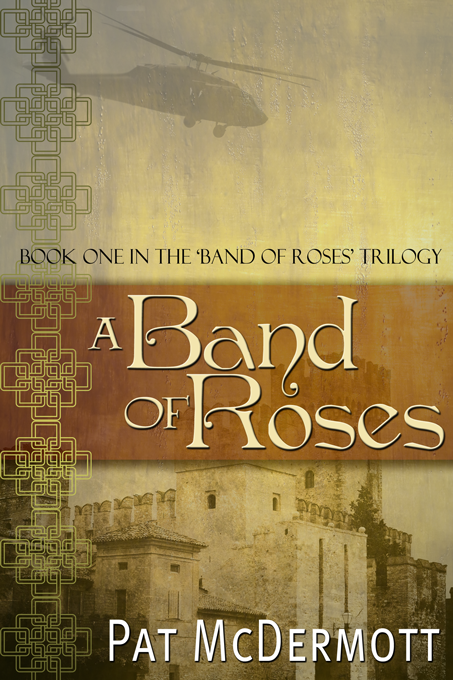 Ancient Irish traditions remain strong in a world where High King Brian Boru survived the Battle of Clontarf and established a dynasty that rules Ireland to this day.  When greed for oil prompts England’s Regent to claim an Irish island in the North Atlantic, Ireland’s Crown Princess Talty becomes a pawn in a murderous plot to seize the throne of England.
From Japan to California to an eleventh century Ireland preparing for the Battle of Clontarf, Talty must hide her true identity, though she can’t hide her ingrained training as a member of the Fianna: the warriors who guard the Kingdom of Ireland.  She brings home a discovery worth more than any oil well, yet all she wants is to return to her family and Neil Boru, the adoptive cousin she secretly loves and cannot have—or so she thinks.  Neil has a secret of his own, one that emerges as the Boru clan works with MI6 to thwart an invasion of Ireland and bring Talty home.
Purchase - A BAND OF ROSES

Amazon
MuseItUp Bookstore
Visit Pat on the web-
Web Site
Writing/Travel Blog (Put the Kettle On)
Facebook
Facebook page for A Band of Roses
Posted by Chicks of Characterization at 12:01 AM

Lovely job, Andrea. Thank you for featuring A Band of Roses today!

THANKS ANDREA FOR TEMPTING ME MORE!! LOL

Hi, Pat. I hope your new release is going well. Great feature, love your blurb. The story sounds very inventive, and I can't wait to read it.

@Angela, thanks so much for the good wishes.

Thank you both for stopping by!

This blog site is a lovely vehicle for an outstanding book. I'd like everyone to know that A Band of Roses is one of the most inventive, intriguing and outright delightful books I have read in years. I will read it again, and I eagerly await the sequel.

I agree, Erin, the Chicks have one of the best blogs around. Great to see you here. Thanks for the kind words!

It was my pleasure Pat!!! Wishing you much success!!!

Thanks to everyone who stopped by!