Getting to Know, DARLA the Heroine from Skhye Moncrief's FERAL FLAW ......... 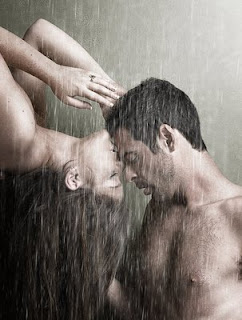 And your name is?  Crazy Darla. Okay. Okay. Just call me Darla.
Ok  Darla, Tell us a little bit about you.

RESPONSE: I grew up the tortured child of a preacher. I never really fit in anywhere because I had this damned psychokinetic power my parents denied. But what do you do? Do or die. I tried to blend into the social woodwork by opening a little florist shop. And then he walked through the door and changed my life. Totally saved me! I had no idea I dated a psychic bastard who was out to use me for reproductive purposes. But Goro helped me see the light. At the time, I feared all those probe stories you hear about alien abductions. But I learned all too quickly that there was so much more to those tales…


Remembering the moment you first laid eyes on (hero’s name), what thoughts come to mind?


RESPONSE: Who is that muscle-bound hunk and sexy black leather?

He has one trait you adored from the start. What is it? You know without doubt he appreciates one of your traits. Share what you think that is.


RESPONSE: He was so damned calm. So deep and philosophical. But I can’t discount his muscles! I love men with excellent exercise habits!

He has one trait you’d change if you could. What is it? Oh yeah, there’s a trait you know he’d change about you…fess up!


RESPONSE: He’s so damned hard to read. Of course, I’m equally manipulative, and we work as a team. But, ugh, I’d just like to know when he’s playing his part behind working crew members or taking a stab at me.

Ah, love is in the air. What is the single most romantic thing he’s done for you? 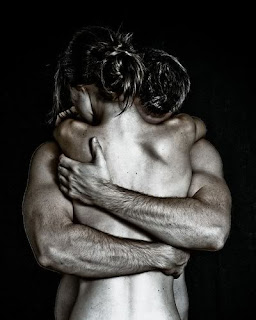 How do you think Goro would answer the following… Our favorite thing to do together is…?
RESPONSE: Foreplay!!! Okay, that’s me and my wishful thinking because he’s always insisting we slow down to prevent creating our psychic were-mate bond through blood exchange—inevitable with SEX. So, I just can’t help myself. Goro worries when I get a little too frisky. But you can’t blame him when there’s a psychic asshole out there dominating a good half of the universe through mind control!

You and Goro just don’t see eye to eye on what issue?
RESPONSE: When to have sex and create the blood bond of were-mates. God, do I have sex on the brain or what? My father warned that would happen if I didn’t stop thinking about sex. If he knew about all the dinner-and-a-movie sleepovers I had with my best friends, he’d faint dead away at the pulpit. Uh, yes. Daddy was a preacher.

He said one thing to you that you’ll never forget. What was it?
RESPONSE: “No.” Or was it “Stop!” He doesn’t really favor either word. He just blurts one or the other. Grrrr.

Sexual espionage never got any deadlier!
As the Blood Wars between psychic werewolves and vampires continue, Commander Goro's deepest desire, his love, his promised mate, is taken from him in the worst possible manner. He learns she's given birth to his arch enemy's child, a deadly rumor for both his honor and her life. If he discovers she's a sex spy, he'll have to kill her. Now they must mate to disprove the rumor of sexual espionage. Although he'd postponed that moment of divine completion bonding their bodies through mystic sex and blood exchange to safeguard her from the treacherous game of manipulation—a game he and his intended play with everyone aboard his starship, he has no choice but to mate. Just one problem stands in his way… 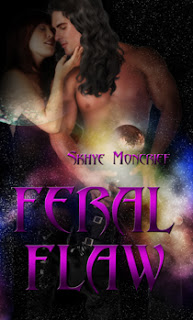 Psychokinetic earthling Crazy Darla, manipulator extraordinaire unequaled by none other than Goro, realizes the only way to survive the rumored lie is to run for her life. But there was always something more in her motives than fantasies of delicious sex with the man she's craved for years. Even though those motives felt carnal. Something else, pure and, perhaps, metaphysical haunted her. Perhaps in his goddess, Destiny? She had to believe in those feelings of love. But to trust is to show weakness in handing over one's fate to another who just might ritually disembowel you.
Who is playing whom in the battle of masterminds? Sexual espionage never got any deadlier. With the secret baby, bounty hunters, an entrancing crystal, and a space opera between werewolves and vampires forcing Goro and Darla into dark secluded corners, pushing them into carnal sexual interludes and dangerous blood exchanges fueled by the frenzied blood lust of were-mates, the future holds both promises and lies in the psychic war. And one wrong move means you've succumbed to the deadliest thing in the universe, your FERAL FLAW.
[Chapter 1 www.newconceptspublishing.com/skhyemoncriefbooks.html
Visit Skhye on the web- http://www.skhyemoncrief.com/
Posted by Chicks of Characterization at 10:22 PM

Thanks for having Darla over, Andrea! :)

Uh, that was me. LOL. Hit the wrong button!

Glad your characters are making the rounds! Really looking forward to reading this one. :-)

Wow! This sounds like an amazing read. I don't think Darla would allow a dull, lagging minute on any of those pages. ;-)

Thanks, Sky & Maeve! My critique partner who is kinda wild and aggressive says Darla is her favorite... They think alike! LOL

Geesh, I did it again! That last post was mine.

Sounds cool! Interesting way to do an interview! I loved it!

*He just keeps saving my life from zombification. If that ain’t romantic, nothing is.*

LOL sounds like a man after my heart crazy Darla!

*His eye constantly roams to a particular part of your person.*

Melt, melt, melt! This books sounds yummy! Thanks for the post Andrea!