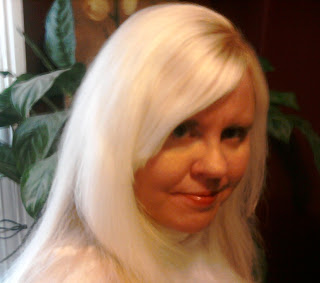 Happy New Year! It’s great to be back with the Chicks of Characterization again. Every visit to this blog is an absolute blast!

For those of you who aren’t familiar with my work, I write a cross genre of paranormal/fantasy romance heavily influenced by history. From Irish Druids to Scottish Highlanders many of my novels portray my love of all things Celtic. The past year or so I’ve mixed it up by traveling to medieval England and ancient Italy with my dashing vampires. Make no mistake, in each and every tale told, you’ll travel back to another time and revisit the romanticism history holds at its heart.

This week, I’m celebrating my eighth publication, Heart of Vesuvius (Sequel to Darkest Memory). Must say, I really enjoyed writing this tale. While it will definitely appeal to Vampire fans, it has the added bonus of enticing those interested in numerology, time-travel, reincarnation and Italian history (Including Gladiators!) I’d love to answer any questions you may have so join in the fun and comment away!

Purchase Heart of Vesuvius: The Wild Rose Press and Amazon.

Visit Sky on the web- http://www.skypurington.com/main.html


Sky will be giving away an E-copy of Heart of Vesuvius and a $10 Gift code to spend at The Wild Rose Press, to one lucky commenter! So leave a comment with your E-mail address for your chance to win!

Posted by Chicks of Characterization at 7:57 PM

What draws you to the fantasy side of the spectrum?

How do decide the title of the books? Congrads for the 8th book.
Your books so good and the covers are always so colorful and very neat.
horseunicornkey@aol.com

Tell us about the numerology!!! I wanna know. :)

Beth, so sorry I haven't responded sooner. (Little one's sick again! Thought I had the bug under control but it's alarmingly persistent. Looks like a trip to the doc in the blizzard tomorrow)

So, to answer your question, what drives me to the fantasy side of the spectrum? Honestly, I think it had alot to do with my upbringing. I was always urged to use my imagination and be creative. Well, turns out my imagination was and still is full of magick, dragons, wizards, anything supernatural. Perhaps I never really grew up! (No comments from the peanut gallery Skyhe!!!)

I honestly can't imagine writing a story that isn't a little bit 'out there' one way or another. I mean, isn't the whole point to escape this reality? At least it is for me! ;)

As to my titles, typically they reveal themselves after I've written the novel. For example, Sylvan Mist got its title due to the magic of an Irish Warrior-Hunter called Fionn mac Cumhaill, a secondary character in the story. Though sporadic,it was his Sylvan Mist that aided the heroine throughout.

As you know, but many don't, Heart of Vesuvius does indeed touch on numerology. How so? The numbers, more pointedly, the hour 11:11 started popping up in my line of vision alot when I started writing this story. Whenever I looked at the clock, a piece of paper, you name it. It got to the point I finally decided to type it into the search engine. Turns out there's more to 11:11 than I ever knew.

Long story short, someone who sees that number over and over again is very likely starting out on a new spiritual path. So it's sort of seen as a 'Mental Gateway." I decided if that was the case for we mere mortals who use %5 of our brains, imagine how I could use it for a vampire who uses %100 of his brain! So, in this story the 11:11 gateway was implemented in a very unique way!

Hi Sky, Congtrats on your latest publication. When did you decide to become a writer?
debby236 at att dot net

Hi Debby, thank for joining us!

I'd say I officially decided I'd like to become a published writer in 2004. While I'd written my whole life, a poem here, a short story there, it didn't occur to me to pen an entire novel for the world to read until then.

Naturally, I became pregnant shortly thereafter and my mind went on sabbatical for 9 months (otherwise known as 'preggy brain' I couldn't focus on anything! LOL) but I persued and finished my first novel, Fate's Monolith by autumn of 2006! :)

The idea of numerology mixed with fantasy really intrigues me! Can't wait to read it!

Hope 2011 makes all your dreams come true! Thanks Andrea & Corrina for having Sky visit!

(((Big Huge Cyberhugs))) Dawn Marie. TY for joining us this week, sweetie! You're the best! xo

Sky congrats on #8!!! I am glad to see you back her aswell, this is how I found your books, it is such a awesome site :)

Hi Sky,
Congrats on the 8th. All your reads are amazingly told. Your characters are so vivid and I love that I can escape into your world through your books. Wishing you many sales Sky and hope the little one gets better soon.
Carol L
Lucky4750@aol.com

*blushes* Carol, you are SO sweet. Thank you!!!