Getting to know Author Jaydyn Chelcee...*Contest* 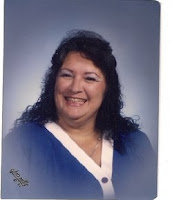 Again, it’s such an honor to be in the author spotlight this week here at Chicks of Characterization.

Today’s the opportunity for you to get an idea of what I look like and a little bit about me. I hope you’re having as much fun as I am and enjoy the short, get-acquainted bio…Jaydyn

Jaydyn Chelcee has spent most of her life in Oklahoma, her home State, but at the same time, she’s traveled extensively, at least in the western half of the United States. One of her favorite settings in her contemporary western romances is Montana. She’s the author of the best selling Montana Men series, In the Arms of Danger, No Holds Barred and Too Close to the Fire.

A member of the Oklahoma Writer’s Federation, Inc., her paranormal romances, the Winslow witches of Salem series, written under Tabitha Shay have been nominated for several awards, including the prestigious P.E.A.R.L. Award for Witch’s Moon that was nominated for Best All Around Paranormal in 2008 and Witch’s Fire, Second Place winner for Best Paranormal Book of 2010 at LRC.

*Contest*
Jaydyn will be giving away an E-copy of book one in her 'Montana Men' series to one lucky commenter. One winner will be picked at random once the SPOTLIGHT is over. Please leave your E-mail address so we can contact you should you win!
Posted by Chicks of Characterization at 10:02 PM

I can not wait fr this book to come out. You know I love your books and look forward to getting my hands on this one.

Hi Kimberly,
Thanks for stopping by...so glad you liked the excerpt....Jaydyn

Hey Miss Terra,
So glad you came by...it's always great to hear from you...you'll be happy to know PFK is in the hands pf the lay out person getting it ready to go to print and load in other formats...ur in for a few surprises....Hugs...Jaydyn

Your work sounds fabulous! Congrat's on such a successful writing career thus far!

Hello Sky,
TY so much...for sure, it's been a hectic from the very beginning. I feel very blessed that I got in at the right time and managed to somehow write what readers love. Thanks for dropping by...Jaydyn